I first saw this plant 10 years ago. It doesn't look like much from a distance. 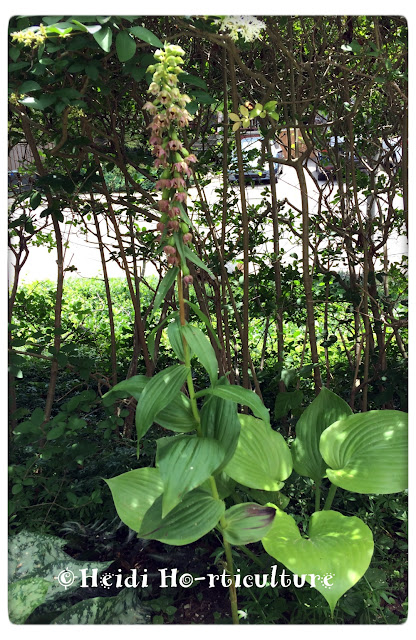 It came out in spring resembling Polygonatum (Solomon's Seal) poking through from the ground. I had it growing in an area where we had drift wood showcased in the garden at one time, but rot took over and then these emerged. Then the growth stopped at about 18 inches tall. It stumped me at first. 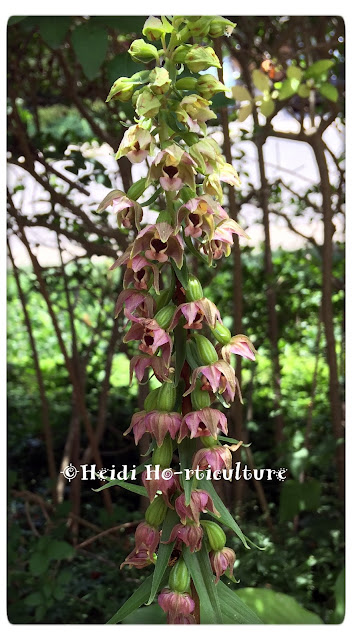 Now, I see it everywhere. As you look closer, you can see the flowers resemble orchids. It is in fact a a terrestrial orchid, called Epipactis helleborine. It has sturdy upright stems with nodding orchid blooms that range from creamy beige to pink/purple. 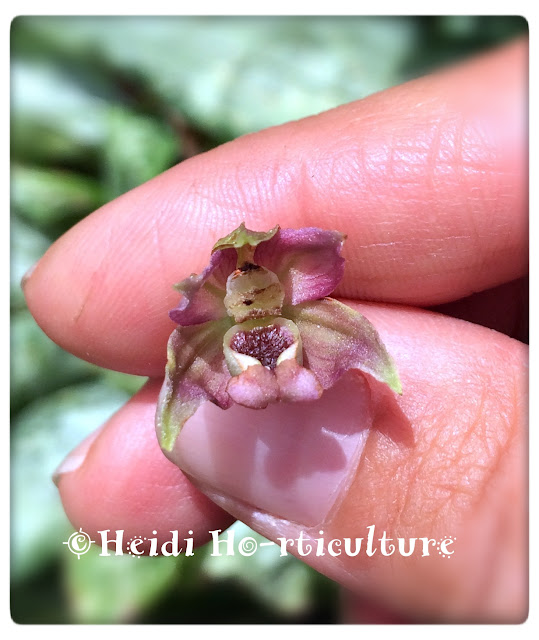 Up close, you can see it's real beauty. I wish I could say it's native: that would of made my day. But alas, no, it was introduced to North America many many years ago, having originated in Europe. 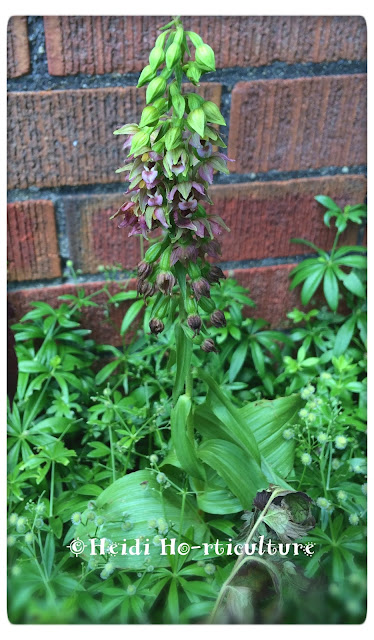 It likes moist conditions, but I've seen in grow in dry areas, seeding itself even in turf. Where I captured this photo, it's situated in a fair amount of shade.

Note:
The "Heleborine Orchid" can also be slightly invasive. Matter of fact, where the rotting drift-wood once lay, was in an area we turfed over. Years later, I would be mowing over these plants that constantly sprouted back up. It was amazing. So stubborn! 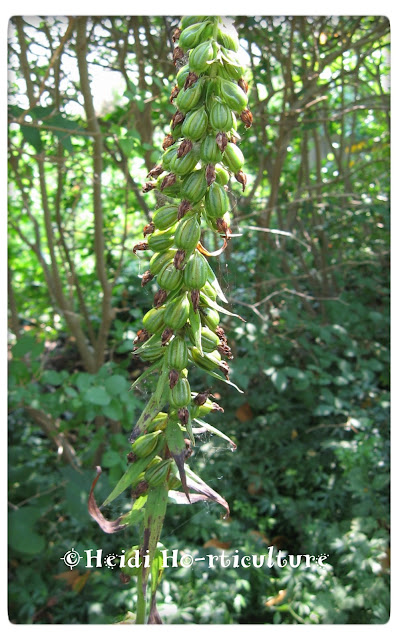 As you can see from last year's photos, come late August/September flower stalk fades and these plump seed pods develop. Quite the heavy seeder. They remind me of gooseberries. The trick is to cut the stalk back before these pods open, spreading the seeds everywhere. Worth the preventative measure. 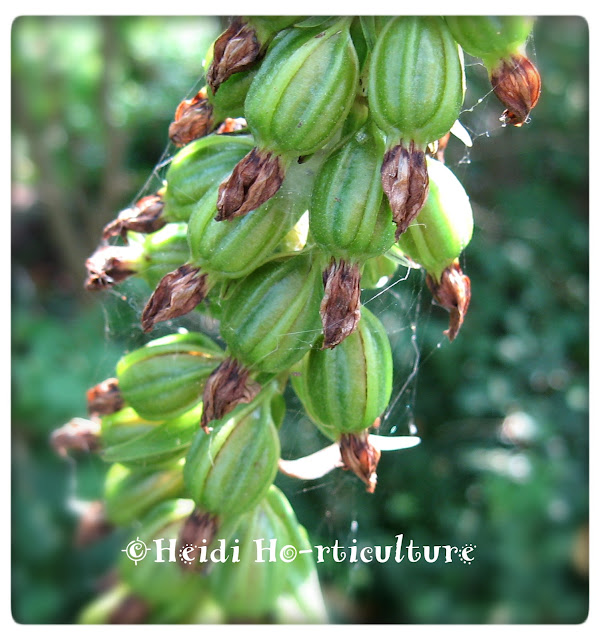 If it does begin to take over, using a deep spade dig, make sure you get all the roots.  Roots go down about 8 inches. I don't find it uncontrollable.

In the last few weeks, I've watched several bees and wasps pollinate the flowers and that makes it welcome in the garden.