What's eating my rose, this time?

Lack of rain this June has made our roses suffer. Having chosen Rosa glauca for its drought tolerance, the heat these past few weeks has stressed the bush inviting so many pesky insect issues.

Two weeks ago, I dealt with the Rose Plume Moth eating the flower buds and now I see this: 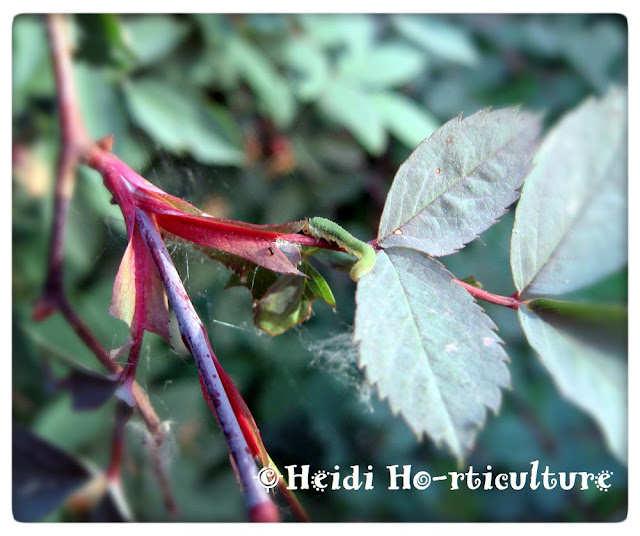 More webbing and another green larvae. This one skeletonized older leaves and punched holes in new leaf growth. 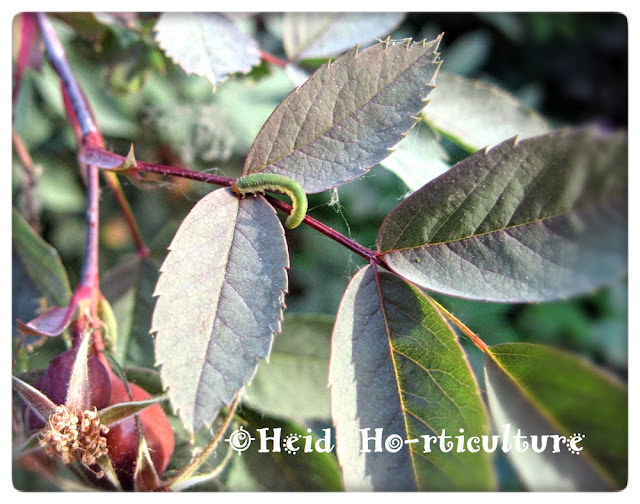 Ah-ha...here's another "caterpillar" that folks know to feed off roses. 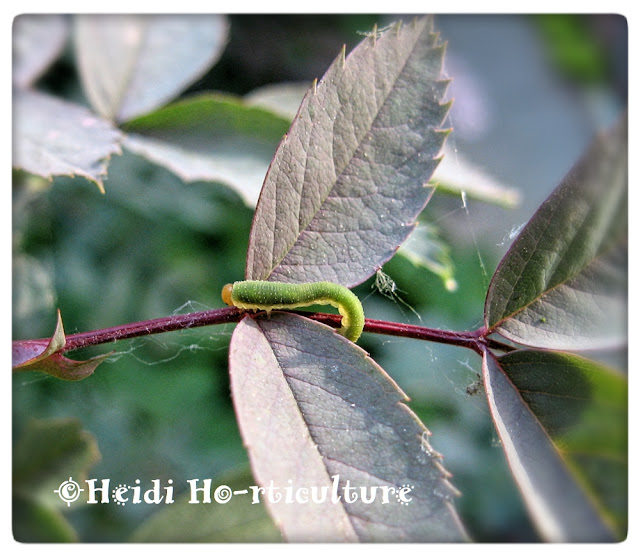 This is in fact not a caterpillar, but a Rose-slug Sawfly Larvae (Edelomyia aethiops). So you say: what is the difference and who cares?

There is a BIG difference. 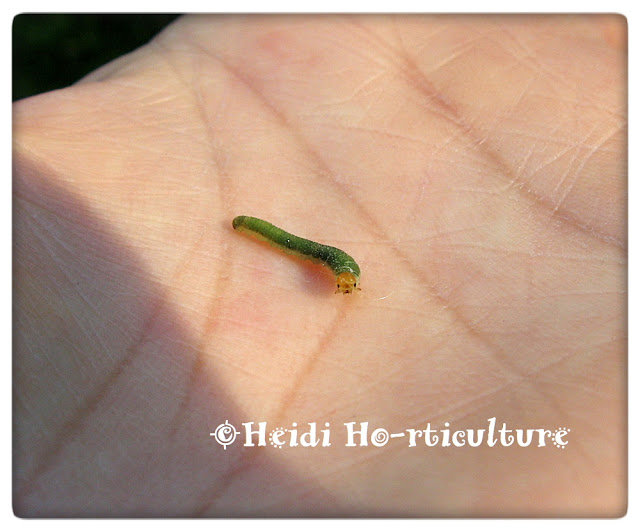 I learned in school: the Sawflies Larvae have enough prolegs to spell S-A-W-F-L-Y (6 or even more). Caterpillars have usually 5 or less. Here is great website page that explains prolegs  and their differences.

Here's the Rose Plume Moth Caterpillar to show you a comparison:


Sawflies tend to have rounded heads, with visible eyes.

Knowing the difference helps to ascertain that BTK  as a pest control, will be ineffective against the sawfly larvae.

Hand removal has done the trick in this instance, but I would use neem oil and or oil based pest spray control in early June as a preventative. It coats larvae and any eggs that hatch on the underside of the leaves, where the adults have strategically placed them. One to two applications would do the trick. Thankfully, this European introduction, only produces 1 generation per year. 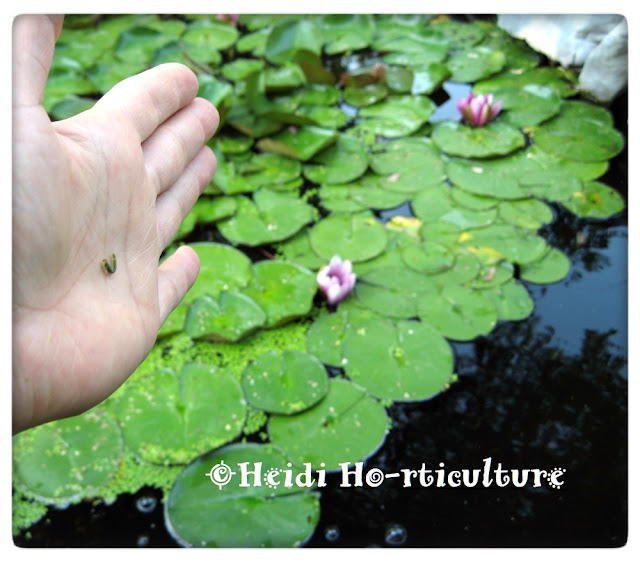 At least the Koi will enjoy a light snack!


Let's see what else our roses will endure this summer.