Why I Remove All Hemerocallis Leaves In Early August

I get frustrated when folks complain about how their Daylilies look once the heat of the summer roles in. Especially when they want to remove and get rid of the plant because of it's poor appearance in the late summer.

This year, the summer heat may have come later than normal, but the effects of the heat were first noticed on Hemerocallis, Daylily plants. Lush green grassy leaves adorn the plant in the early part of the summer, ushering flowers all throughout June and July. Then this happens: 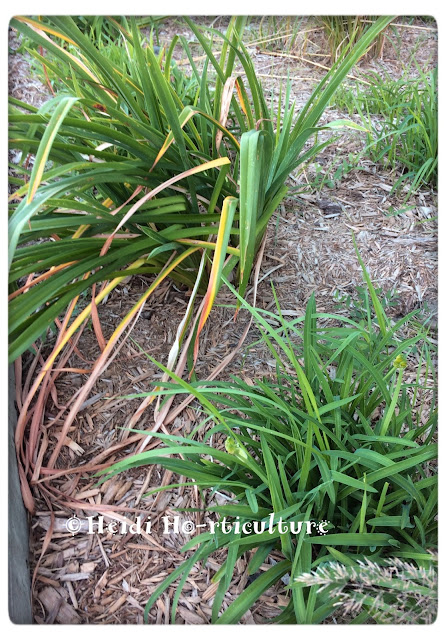 As shown above, the Daylily at the top of the photo shows the grassy foliage turning yellow. I left this one alone to demonstrate the difference. The old foliage flops over and looks weak. Depending on the type of Hemerocallis you have, this usually happens after their big floral display or during a drought laden period.

To avoid this and you may find it odd, but I just yank out all the foliage - yes ALL.  That is what I did to the Daylily at the bottom of the photo. If you look carefully, underneath all the droopy leaves, the plant begins to send new foliage out from the roots. Leave those and pull out the old-yellow ones. If you don't see any, pull them all out.

Make sure you don't cut back the leaves, but instead, pull them out. They come free so easily. Leaving dry stalks at the base can cause rot sometimes. It's best to just yank them out. 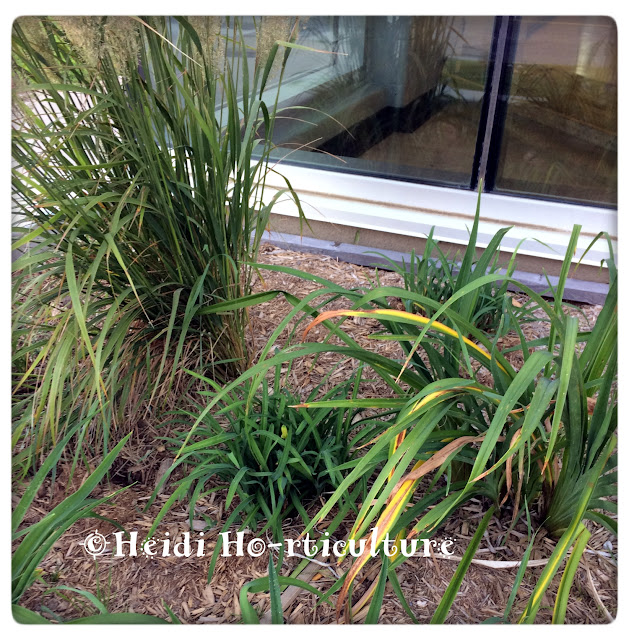 Within two weeks, you'll see new, vibrant green foliage emerging from the roots and within 3-4 weeks, you'll have a great mound of lush growth that will extend all the way into late October.   It just extends your perennial border.  Yes, you'll have to be patient and wait few weeks with a look of bareness, but in the end it's so worth the effort.

I've had great success in even getting the re-blooming varieties to extend their bloom even further with this leaf removal.  If you've ever transplanted or divided Hemerocallis plants, you may have noticed they have large thickened roots (like a mini potato). These thickened roots store up water and nutrients. This is the plant's way to store up reserves. When the leaves are removed, the plant can regenerate from that stored energy. The renewed growth, can then start the process to replace those reserves again before the onset of winter. 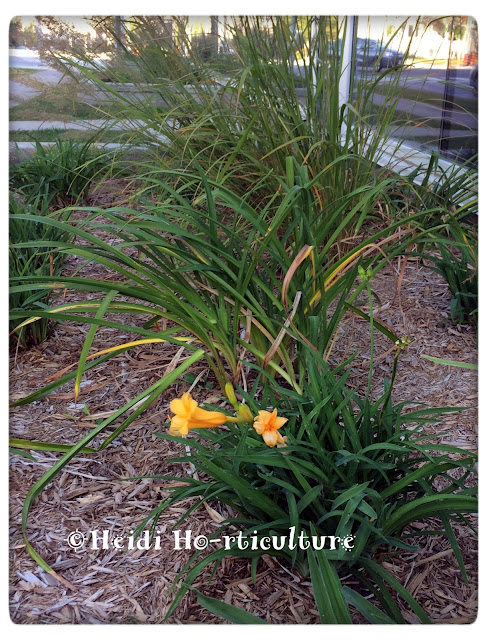 All of the varieties in the picture above are Stella D'oro. A repeat bloomer. I find these among some of the most valued in mass plantings. They extend the flowering season and bear a hardiness and vigour some of the more cultivated ones do not have.

When you leave sad looking Daylilies with spent flower heads and yellow foliage, it just takes the spark out of the garden in late summer. Try removing all the leaves once you see them yellowing and find out the difference it can make in your garden. 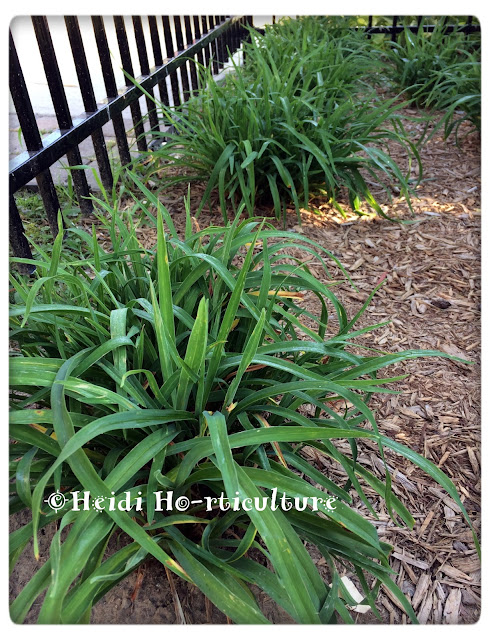 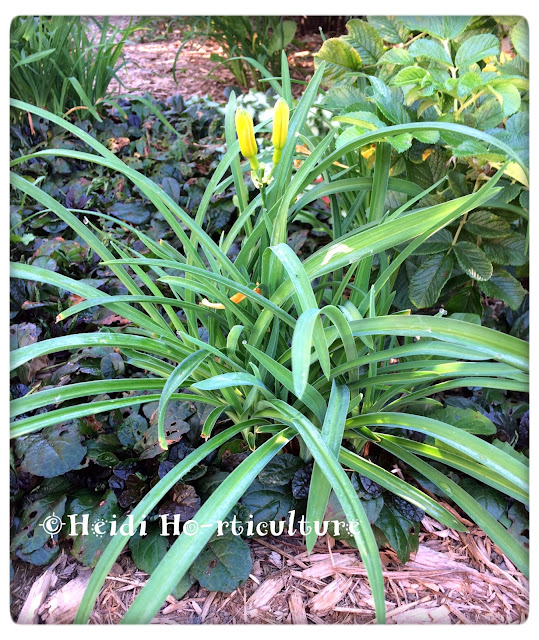 These photos were taken September 21st and the leaves and foliage will remain green until frost.

So much prettier and worth the effort!