One of the reasons I love walking is seeing other gardens along the journey.

I happened along these flowers last week and unlike the common gladiola, these peaked my interest. 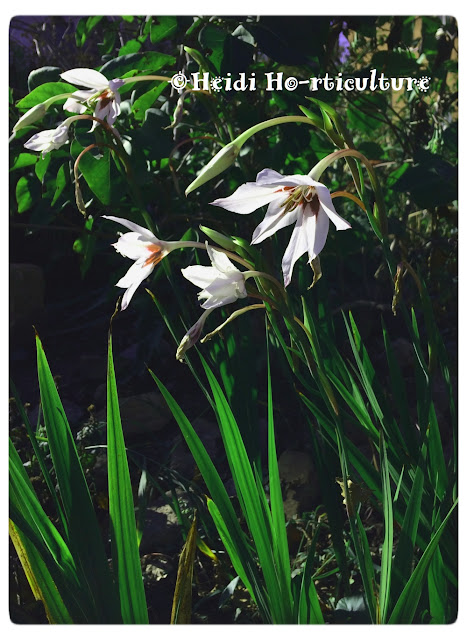 The gentleman raking the leaves allowed me to photograph the flowers after I stood there and examined them for a while. He mentioned they were fragrant. And quite so! I wanted to ask him more questions, but he went out back and with my phone I snapped the following. 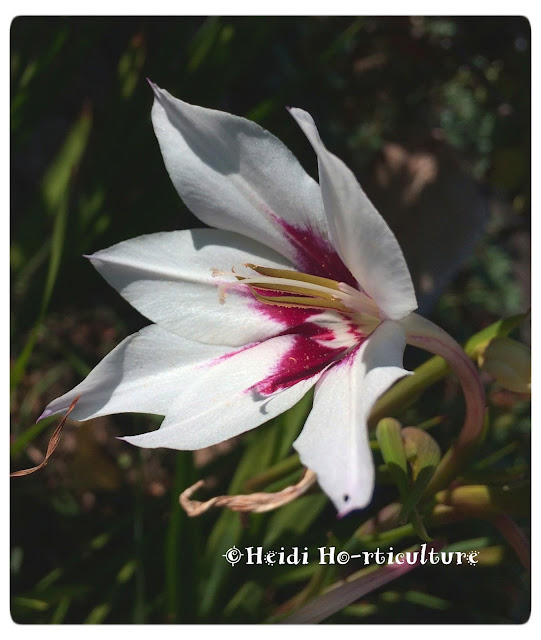 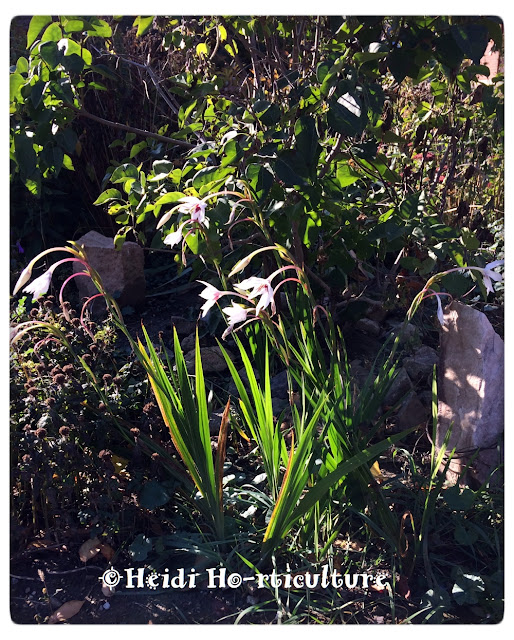 It's a member of the gladioli family, originating from East Africa. Their bulbs (corms) are to be planted in spring. Not winter hardy in Ontario, you must remove them before the onset of heavy frosts. 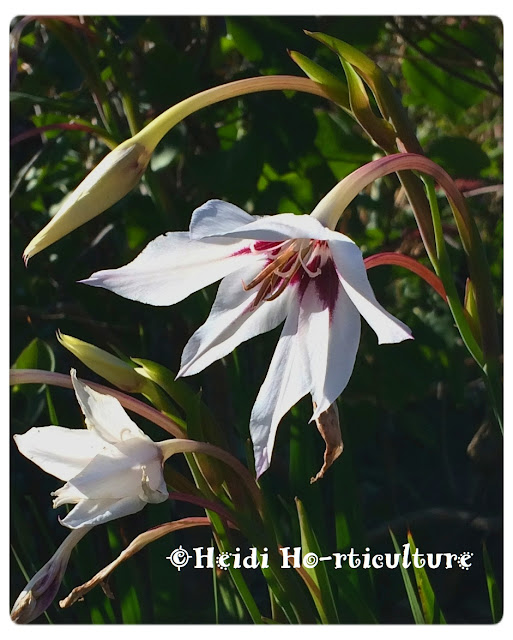 Given this is the warmest November I can recall, they continue to bloom and give interest to the garden, when most everything is slowly retiring for the winter.

Great choice for the sunny spot in the garden. Not many fragrant flowers are around this time of year. A real treat for walk-by enjoyment.

Now that it's November, leaves are dropping everywhere.  Yet, this David Austin Rose  doesn't seem to want to let them go! 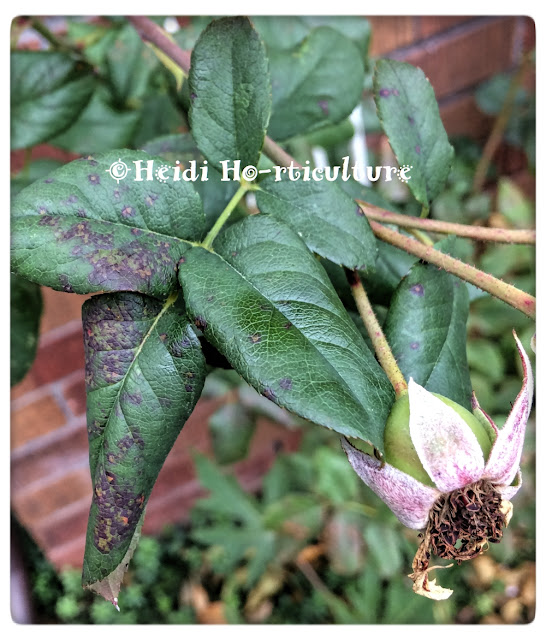 Notice anything wrong with the leaves? 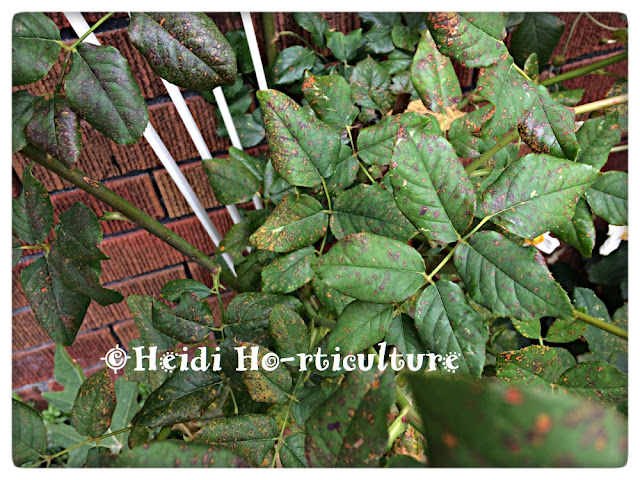 Those brown/reddish speckles are not normal. 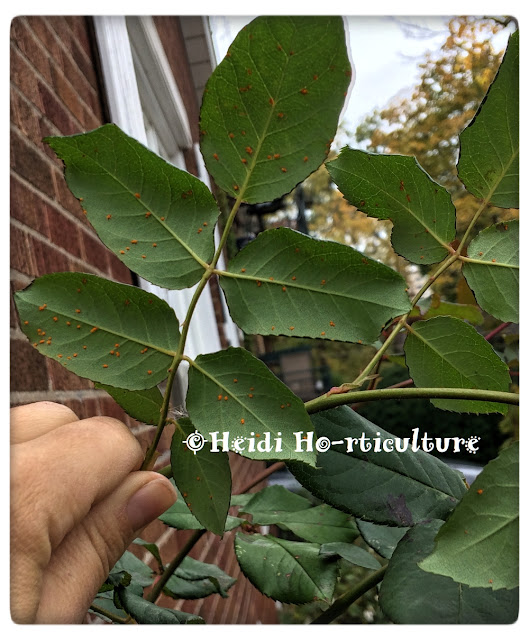 Turning this set of leaves around, do you see the little orange bumps?

This is called Rose Rust (caused by a parasitic fungus called: Phragmidium tuberculatum). Very common, among numerous rose cultivars, especially older hybrids. Some roses are far more susceptible to it than others. 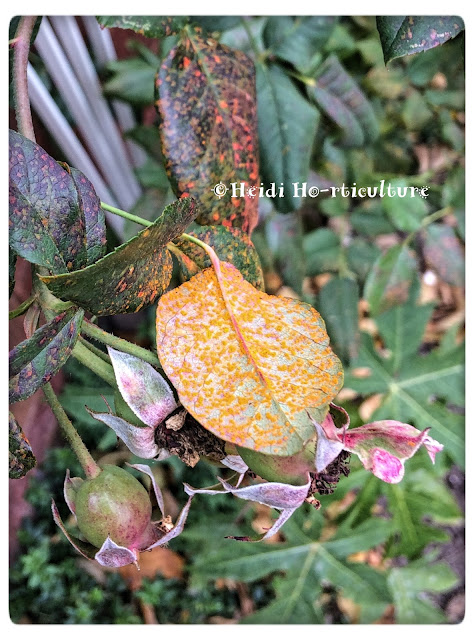 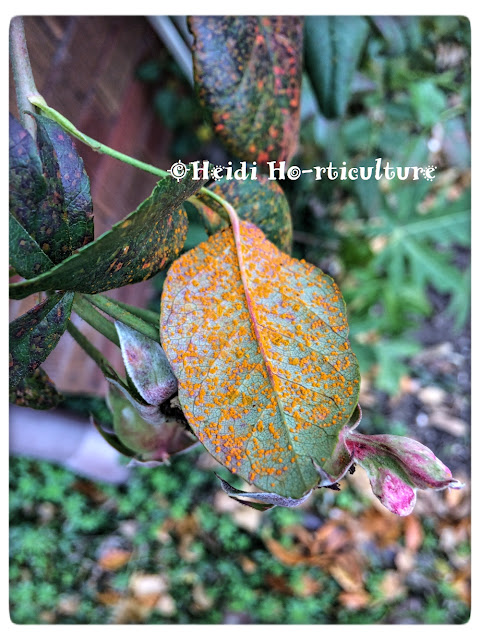 Given the rose will eventually drop its leaves anyway - I removed every one from the rose and they will go in the garbage. This form of rust persists until the leaves drop and if I don't remove them from the site, the probability is higher for the rust to return next year. The best is to destroy or toss in the bin. 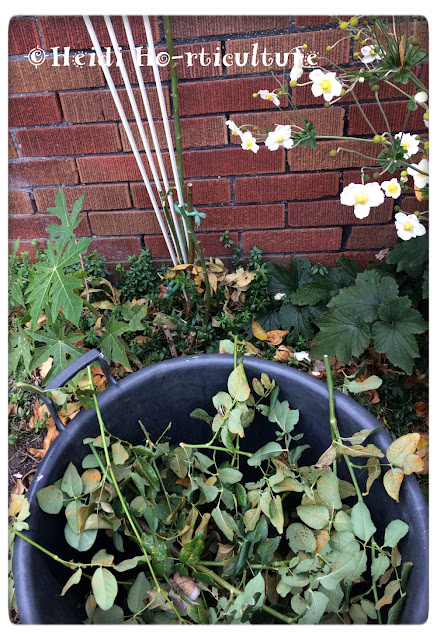 I've seen rust so bad on roses, that large lesions can be seen on the stems as well. Thankfully, in this circumstance, I didn't notice any.

Usually I give the roses a hard cut back in the spring, but in this case, I hit it back hard to promote air circulation over winter and come spring. Poor air circulation is one of the main causes of rust developing.

Rust can weaken the plant, diminishing flower bud development. What's a rose without its bloom?

There are fungicides on the market, but I rather use this preventative method, in hopes it will not return next year. 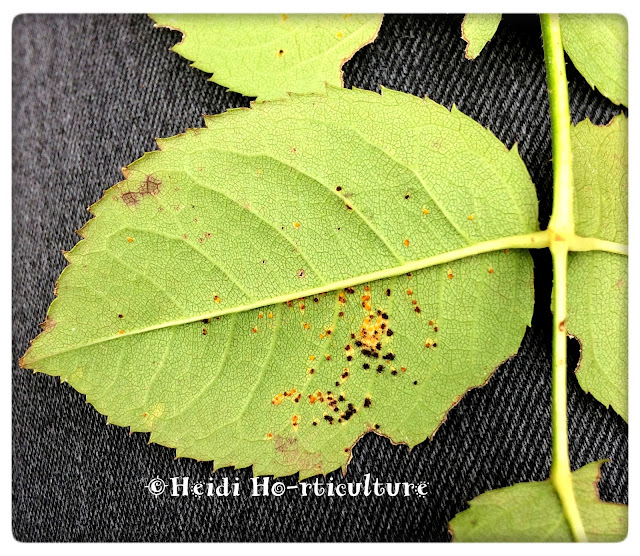 The black pimples, or pustules are the ones that over winter for next year.  The photo above shows how the orange bumps begin to darken to black. This is why you must remove the leaves.

Leaf removal can be done in the summer too, as many roses will respond by re-foliating.

Well worth the effort.