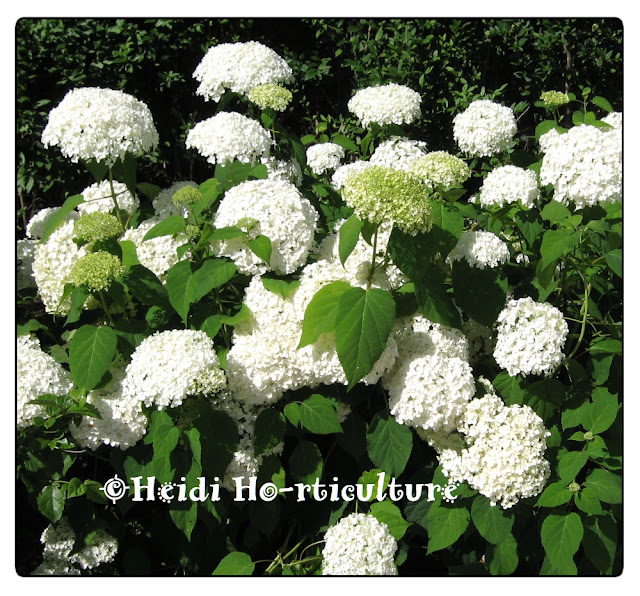 I'm a huge fan of Annabelle Hydrangeas. They perform with little effort and bring so much spark to a dark corner.

However, each year I've noticed greater populations of the Hydrangea Leaftier (Olethreutes ferriferana) fusing terminal leaves together. Today, I counted nearly all of the tips of the Annabelle Hydrangeas in our planting bed having these worms cocooning themselves between the terminal sets of leaves.

Some leaves are just fused together like the ones above. At this stage, only a smaller caterpillar is inside. 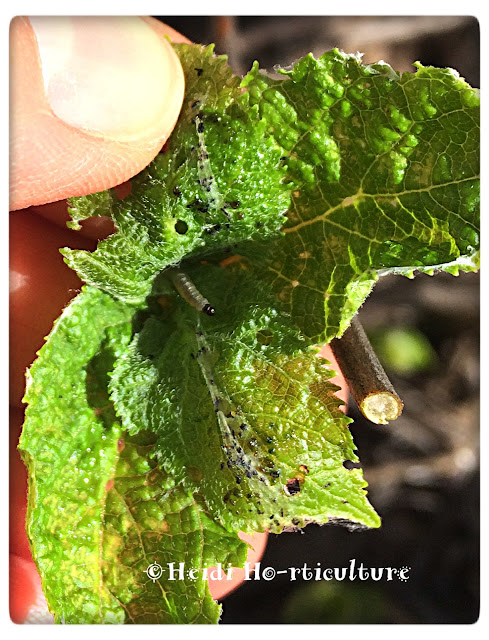 Sometimes, they are so small - you only notice their poop. But look closely. 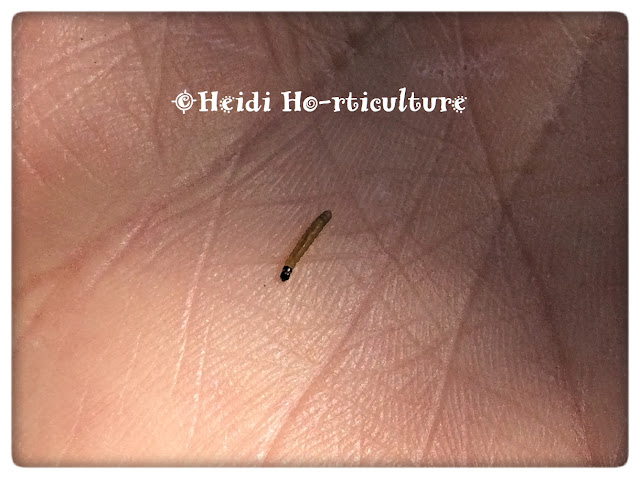 The good thing: they won't kill off the plant. It can stunt the plant from flowering. What is a Hydrangea without its Mop-head blooms? 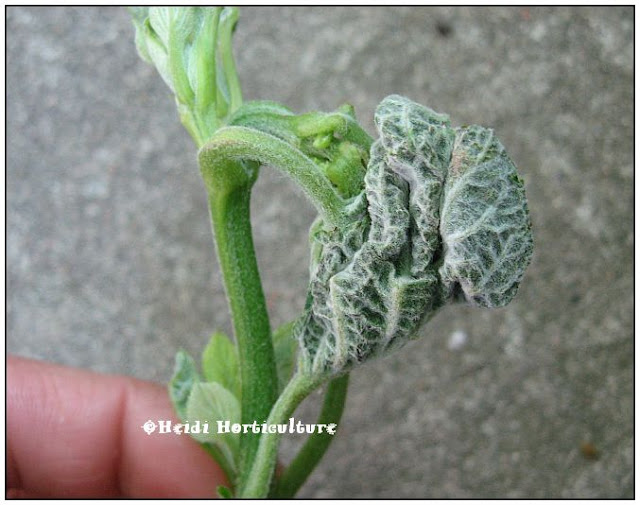 Soon after the Leaftier worm hatches from its egg in early May, it travels to the terminal shoots of the hydrangea. It excretes a silken thread that binds the two unfurling leaves together. Making a dandy shelter for it to feast and pupate. As the plant grows, the fused leaves become even more distorted as the caterpillar ages (shown above and below).

Depending on when you open these "pockets", inside you should see a black headed worm and its castings (frass pellets). It eats the flower and any newer leaves developing inside until it pupates. Quite ingenious method of survival.

Generally, one wouldn't even notice these leafy pockets, unless you notice less blooms from the year before. Sometimes the pocket begins to become brown and at this point, the worm has begun its pupating journey to become an adult moth. 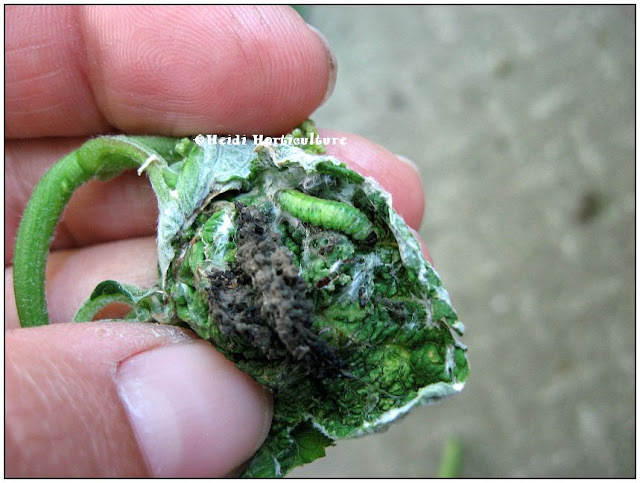 No topical pesticide is useful, since they make these elaborate shelters. The way to get rid of them is to pinch off these pockets and or open them up and squish the worm inside. Many times, the worm has just sealed off the leaves and has not eaten the flower within. BTK (Bacillus thuringiensis var. kurstaki) is also a useful to spray as a preventative, when new growth emerges in mid-may.

I've sprayed newly emerging foliage with water to dislodge any young worms from getting to the terminal shoots in early-May, to mid-June. Although, it's quite an arduous task and it may damage new leaves. Just keep your eye on the tips of the new growth. Generally when Bridal Wreath Spirea (Spiraea x vanhouttei) is in full bloom, is when young worms begin to bind the terminal leaves together. Times can vary though, depending on the weather.


Here is a picture of an adult moth:


Ridding the plant of as many cocooned nests as you can, will eventually rid you of the moth ever returning to lay more eggs. You may lose some flowers this year, but next there will be less moths.