Heidi, What's Wrong with my Hinoki Cypress? It's going brown!

Growing Hinoki Cypress (Chamaecyparis obtusa nana) in Southern Ontario can be a challenge at times, considering we get whopper winters occasionally. So when I was asked this question - I was hesitant to think winter damage. 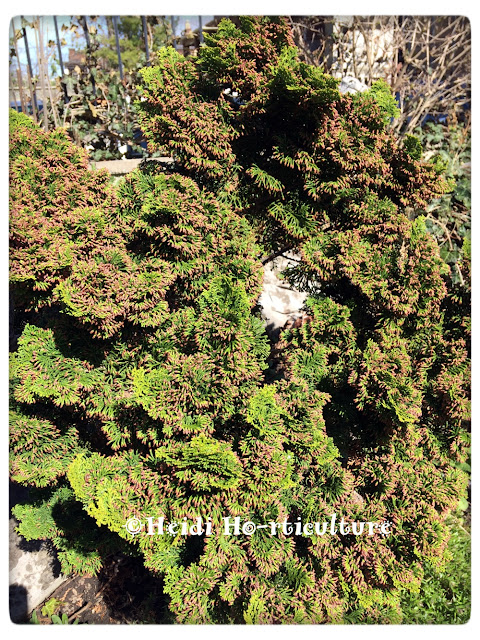 From far, yeah, the cypress was quite brown. Don't jump to conclusions, but rather take a closer look. 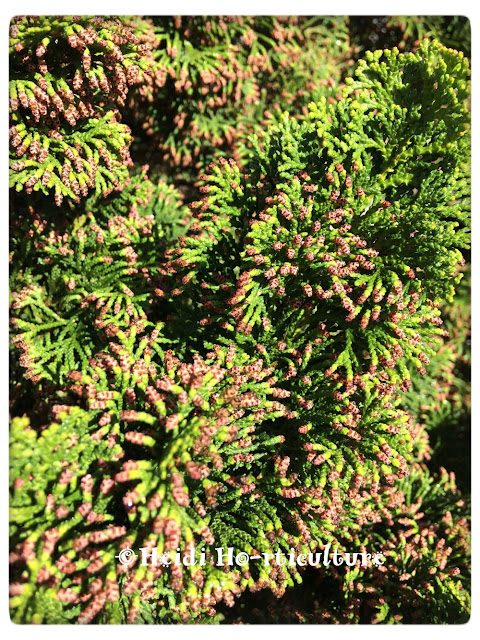 No browning was coming from the inside of the plant, but instead on its tips. 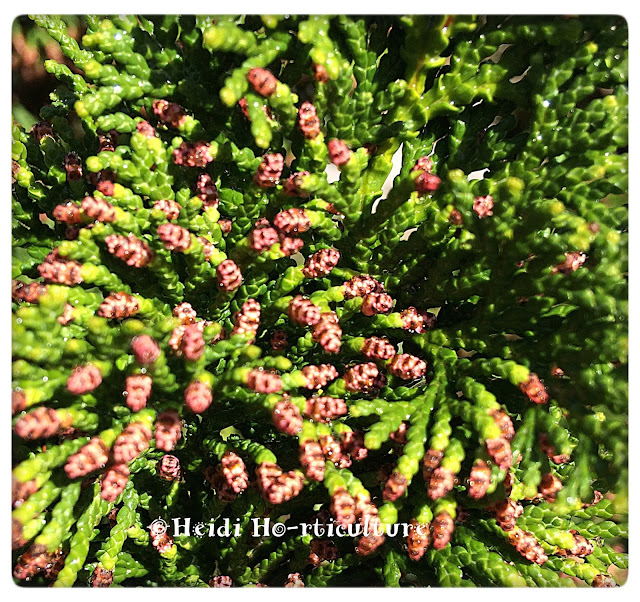 These are in fact pollen cones.

Conifers fall under a classification known as Gymnosperms. They don't have flowers like other classifications (Angiosperms). They instead bear cones within their scale leaves which later develop seed for reproduction.

What you are seeing, are swelling cones borne at the tips of the scale foliage of the cypress. They will age brown but for now are almost reddish pink. 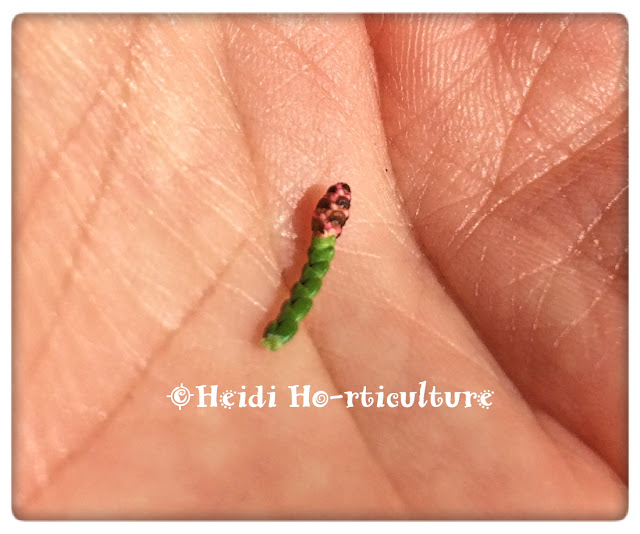 I will update in a week or so, when the pollen is ready to be released.

Not to worry, this plant is happy and ready to reproduce - bearing seed cones later in the summer.

It's a good time to mulch beneath the plant and water if rains are infrequent. Overall - a happy plant. Nothing wrong. Just the plant doing its thing...