I see shrubs in rough shape all the time.

From afar, this Purple Leaf Sand Cherry didn't have the usual deep purple leaves for this time of year. It was a dead giveaway of something wrong.  Up close, I was in shock. 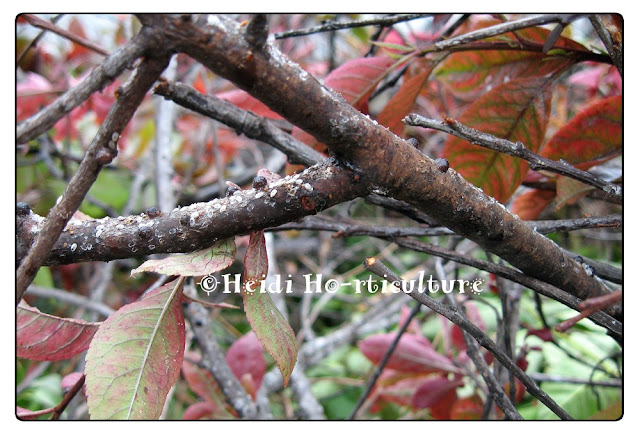 Sticky, bumpy and mouldy stems point to a major problem. 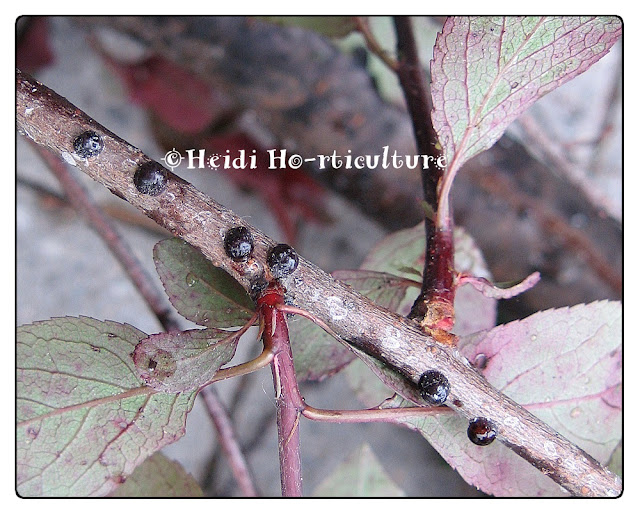 Black invaders were sucking sap on EVERY stem. 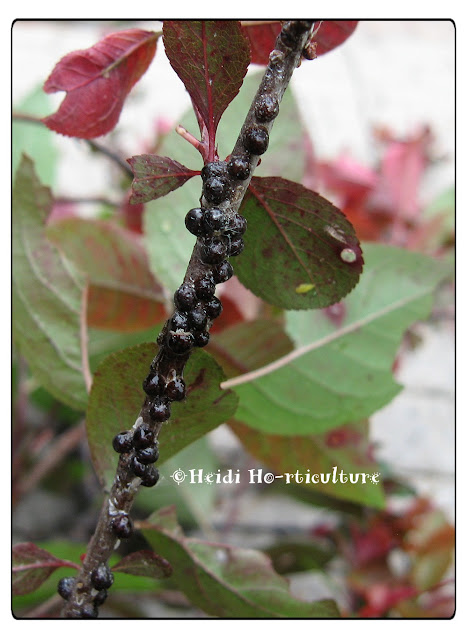 The worst on newer growth. 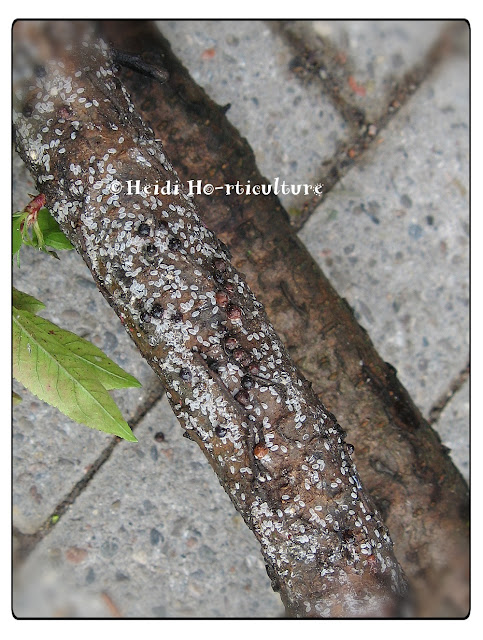 Then seeing scale nymphs all at the base too!  These young, grey coloured, softer scale insects have emerged from underneath old brown female scale insects, and were making their way up the main branch to the tender stems to feed. This could be Lecanium Scale, but I am not 100% certain. 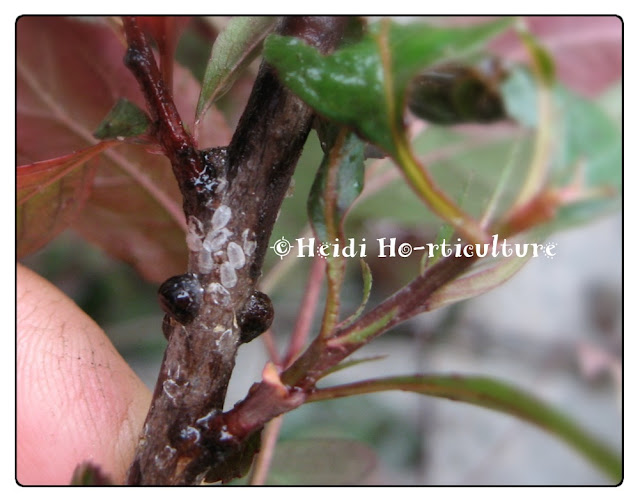 Here, you can see both sizes and life cycles. I am not sure if they have females which can reproduce parthenogenetically (without mating), but boy oh boy - there were thousands.

The females usually lay eggs in spring and the crawlers hatch from May to June in most species of Scale insects. Now, they molt and turn into instar (smaller juveniles) before becoming large adults. They feed by sucking sap and excrete honey dew which drips on branches below; causing sooty mould. It's quite the mess maker at this stage. 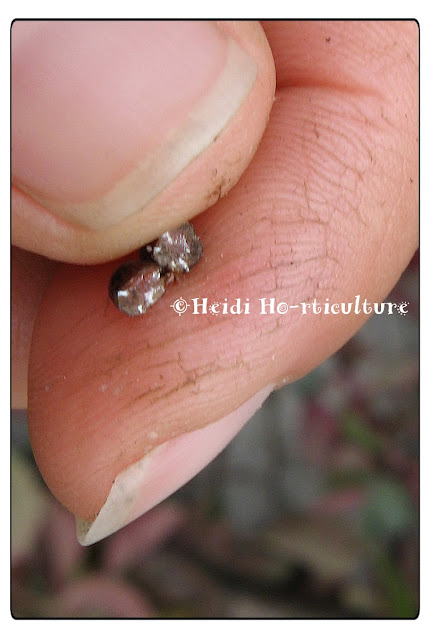 Here, I removed some large black females and you can see some nymphs coming from her underside.

I made a tough decision: 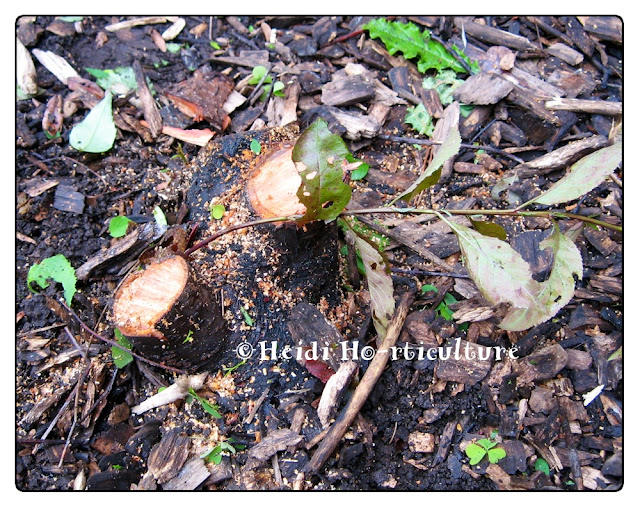 I coppiced the entire shrub down to nubs. The situation called for heavy pruning anyway. Coppicing can force new growth right from the blunt cuts. Perhaps not the best time. But to leave it in the state that it was in, was too difficult to manage.

A treatment of dormant oil before buds began to swell in March would of been ideal. It was too late.

Cutting away and removing from the location was the only way I could control such heavy populations of scale.

One small stem remained. In a few weeks time, many more will emerge again.
Written By: Heidi-Hoe at Tuesday, June 23, 2015