Duckweed is a great Mulch!

Duckweed is a floating aquatic plant that just showed up one day in this pond. The plant probably hitched a ride on some water fowl which frequented the pond in early spring. Since then, Duckweed - a species of Lemna, has been gift: a floating food source for our Koi. We're thankful and allow it to do it's other thing: shade the pond - to help control algae. And it is a great means of camouflage for our frog, Kermi - who patiently waits for his next meal. 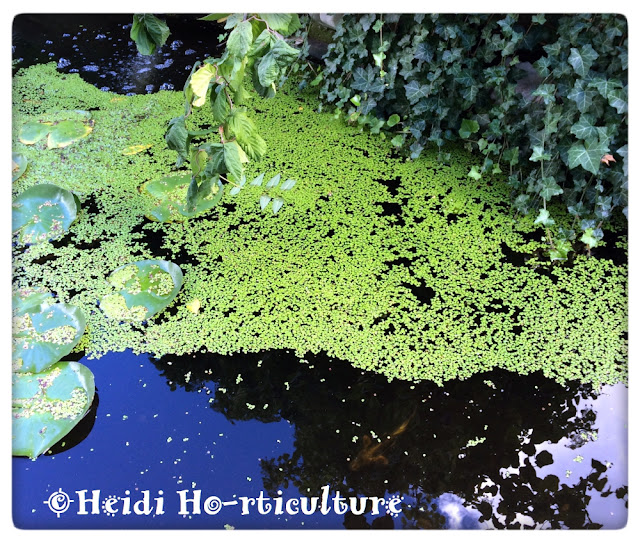 It has many aquatic benefits, but when the summer heat of August peaked 35ºC for several days and the humidity stuck around, the duckweed numbers exploded.

Too much and the pond would be overly shaded and the water lilies would suffer from lack of light. Even the Koi couldn't keep their numbers down! Gathering enough weekly, so that 1/3 of the pond was open for sunlight, I would usually skim it off the pond into a bucket and off to the compost heap.

However, I lazily tossed several screens full around some perennials and let them sit there a few weeks ago.

Going away for a few days, we realized how beneficial the dried out Duckweed became. It acted as a mulch. Retaining moisture levels and kept that section of the perennial border hydrated. 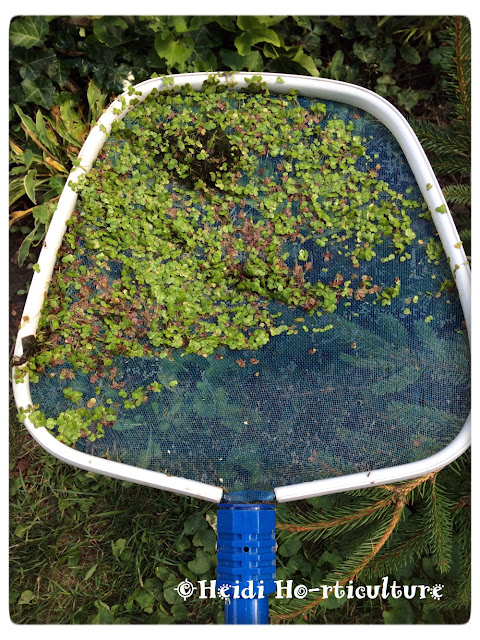 Now, Heidi gladly places it under Hostas, Ligularia, Peonies, Clematis....well you get the idea. 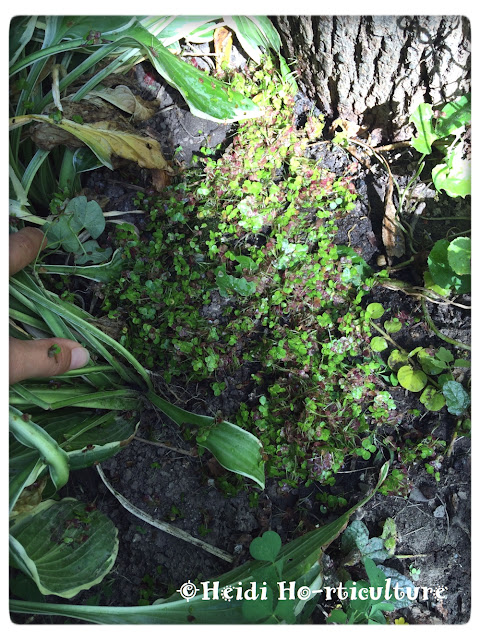 An inch or so of Duckweed knits together like a blanket of sorts, when dry. It's been ideal.

Kermi - our frog enjoys the pond as much as we do! He comes for a dinner call every time.
Enjoy!