You would think we have an epidemic on our hands with the way the media and public are going on about these tiny creatures.

Relax people, they are just Box Elder Beetles - Bugs, to be more specific. I've been gardening now for nearly 20 years and I see them EVERY autumn; gathering in large numbers and not once have I worried or fussed over their life cycle and purpose.

Boxelder Beetles basically eat what they are named after: Boxelder Maples, AKA Manitoba Maples (Acer negundo). Although they are also known to feed off of some fruit trees and other maples. They basically sap suck and any damage isn't noticeable on the foliage.


These next photos I took, were a "sample" that was brought to me and the catalyst for me to make this post. Nearly each bug was dead. Brought in this container - having sat on the dash of a car, it's sad they clearly were dying from being taken away. I was further disappointed when I heard: "How can I get rid of them?" 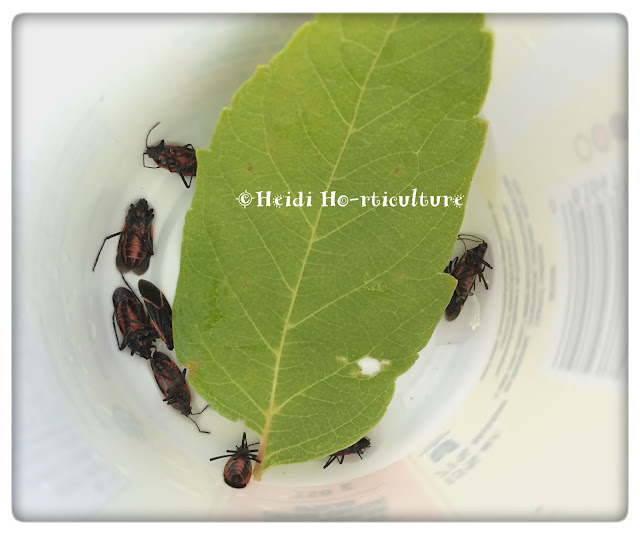 Here is an up close pic: 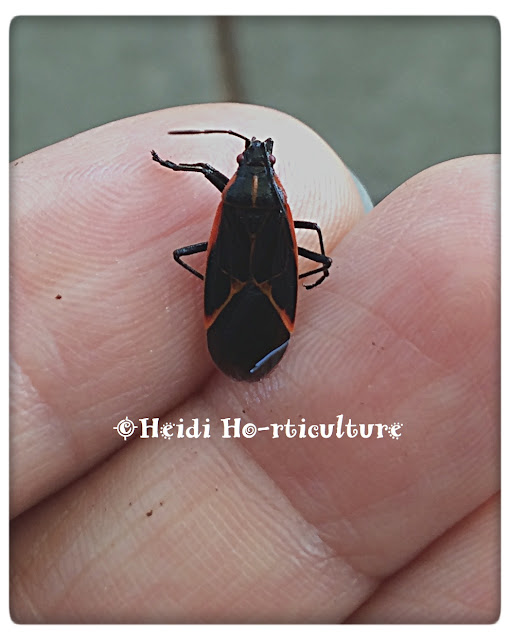 I tried my best to be civil but I needed to emphatically educate them. On how important these critters are.

If you know anything about our natural environment around the GTA, you will have come across an Acer negundo (Manitoba Maples - Boxelder Trees) - I guarantee it.  They are everywhere. So this makes sense, no?  Logic dictates: great amounts of food source = more fauna and insects benefit from this food.


I am sure entomologists who study them will know more as to why numbers are higher some years than others. This is a phenomenon I have also been curious about.

The good news is - don't worry about them.  Actually, be grateful. If they are feeding on Acer negundo trees (which are becoming invasive and outgrowing other native shrubs and trees), don't you think this is a good thing? If they help suppress a bigger issue, then let's leave them be.

They gather on warm, sunny brick sides of houses during the autumn. I would too, if I had to find shelter during the colder nights of October. They are gathering and looking to overwinter in leafy matter, in wood piles, between patio furniture piled close to the house. So do yourself a favour: either clean up any mess around your house or just live with these insects. They do NO harm.

More great info on their life cycles and why:  Plant Natural: Boxelder Bugs