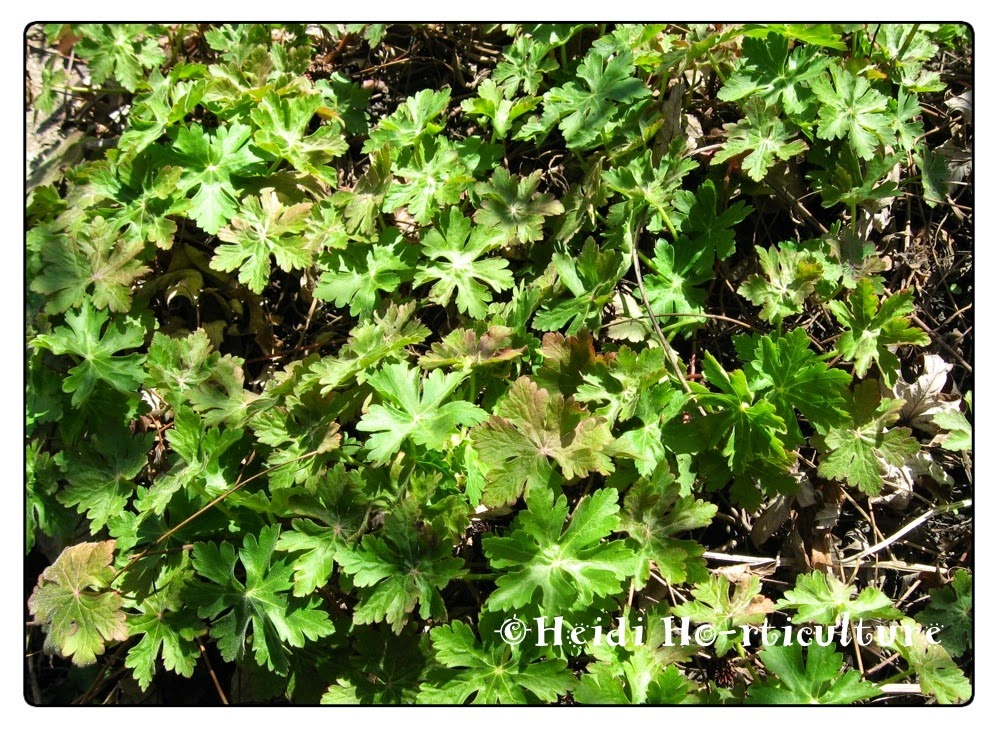 Perennial Geraniums are a gift to the perennial border. This one, 'macrorrhizum': grown primarily for its foliage (turning red in the autumn), is a great blanket for the foreground and has been a great weed suppressor for the garden. It has exponentially grown in diameter with little or no intervention on my part. Drought tolerant and super hardy, I decided to take cuttings and spread the joy around a bit more. 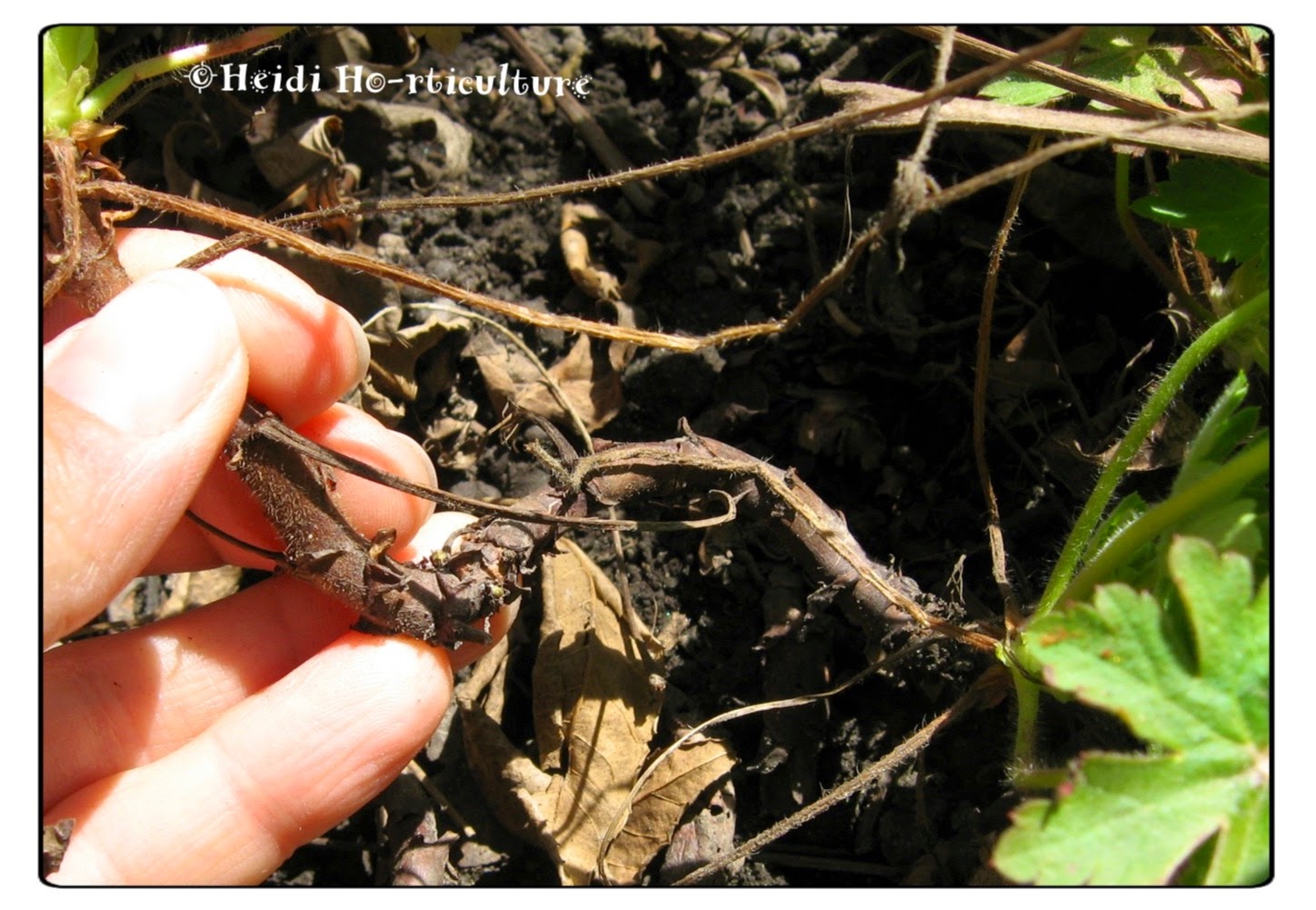 Some geraniums, like this one, produce thick, segmented chunky stems. Which can begin rooting on their own, if the ground is friable and there's adequate moisture through the growing season.  In the autumn (September), I chose sturdy segments, that had at least 6 inches worth of fleshy stems for my cuttings. I wouldn't try doing any later than mid-September: this way roots have a chance to mature before heavy autumn frosts. 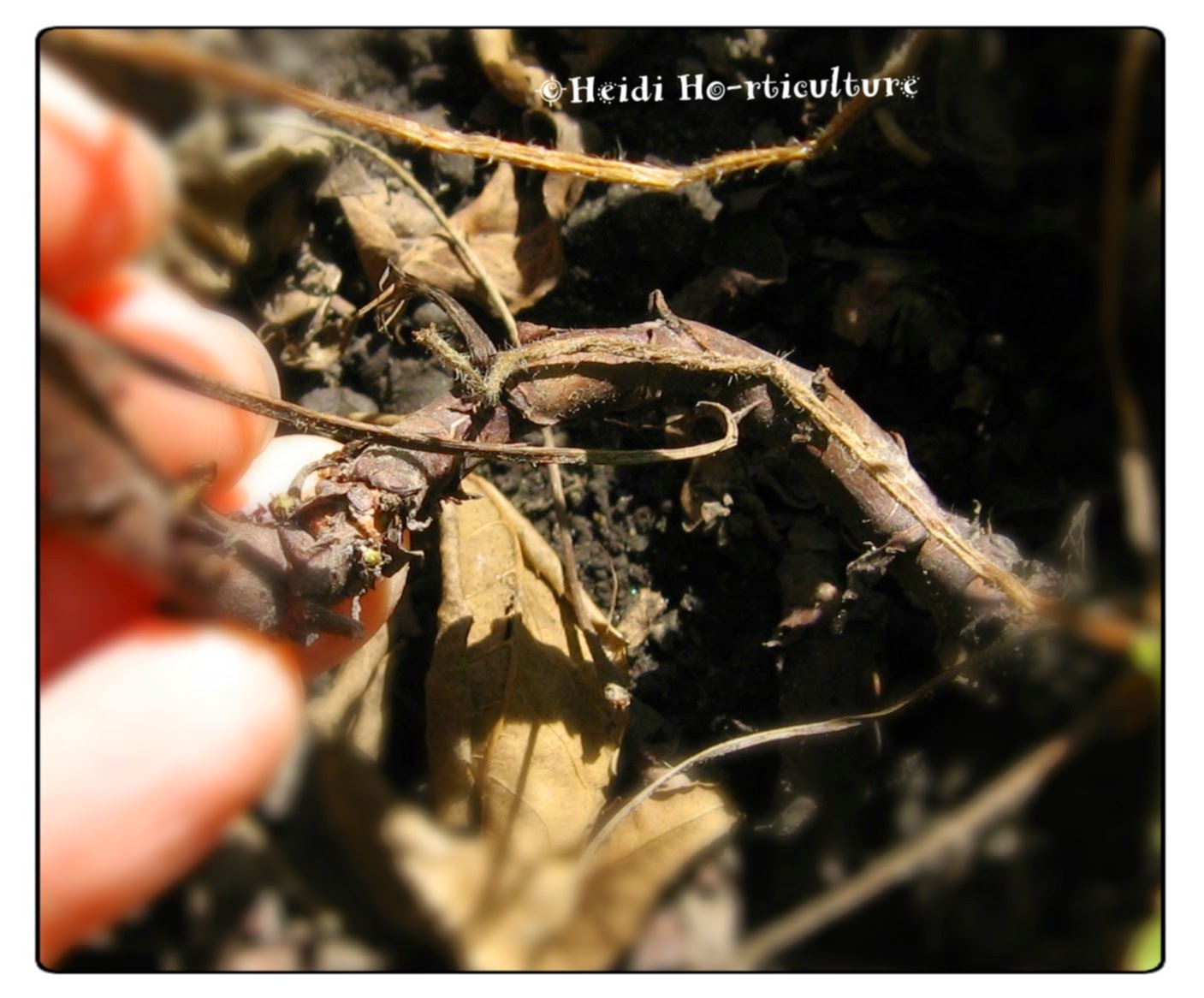 If you don't see any roots, take a closer look: on some, you can see little bumps where roots will easily develop. I took my pruners and simply cut this segment out - closest to where it was attached. 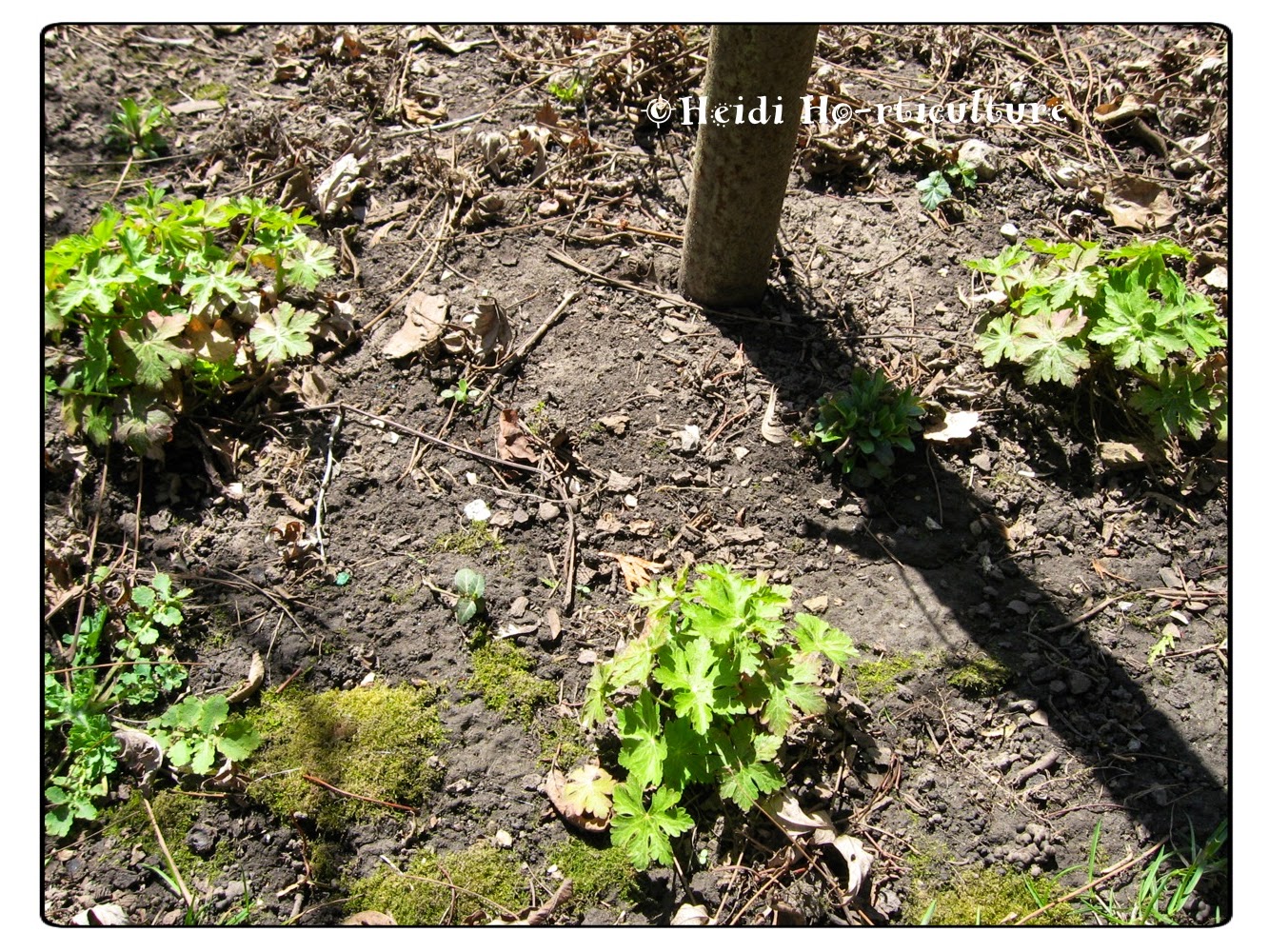 Behind this pole, a lovely Clematis thrives. I buried three Geranium cuttings (insuring adequate spacing) around the back side. Leaving just the leaves and an inch of stem above ground. As you can see, I didn't hoe, turn over or add any amendments to the area. All three cuttings took well. Hoping their mature growth will help shade and keep the clematis robust during the summer months. 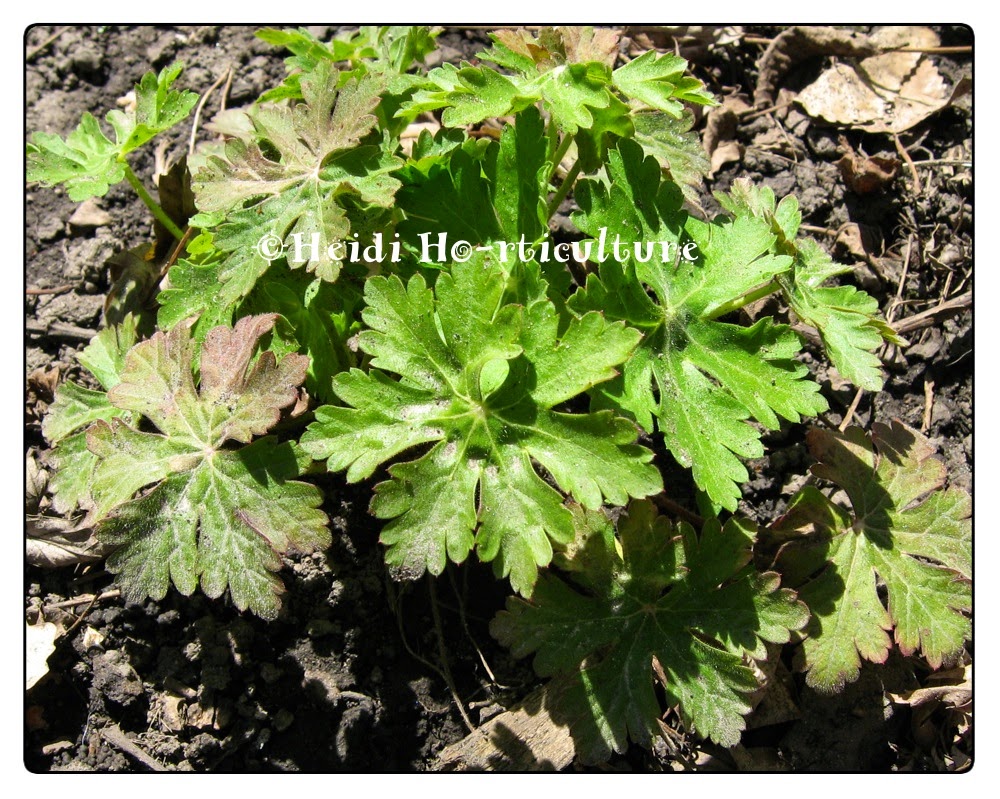 This could be as easily done now (spring) as well. Just keep the cuttings moist during the hot summer months.
Written By: Heidi-Hoe at Thursday, April 30, 2015