I experimented with my Amaryllis this winter. As always, I re-potted it last November, whilst it was dormant. 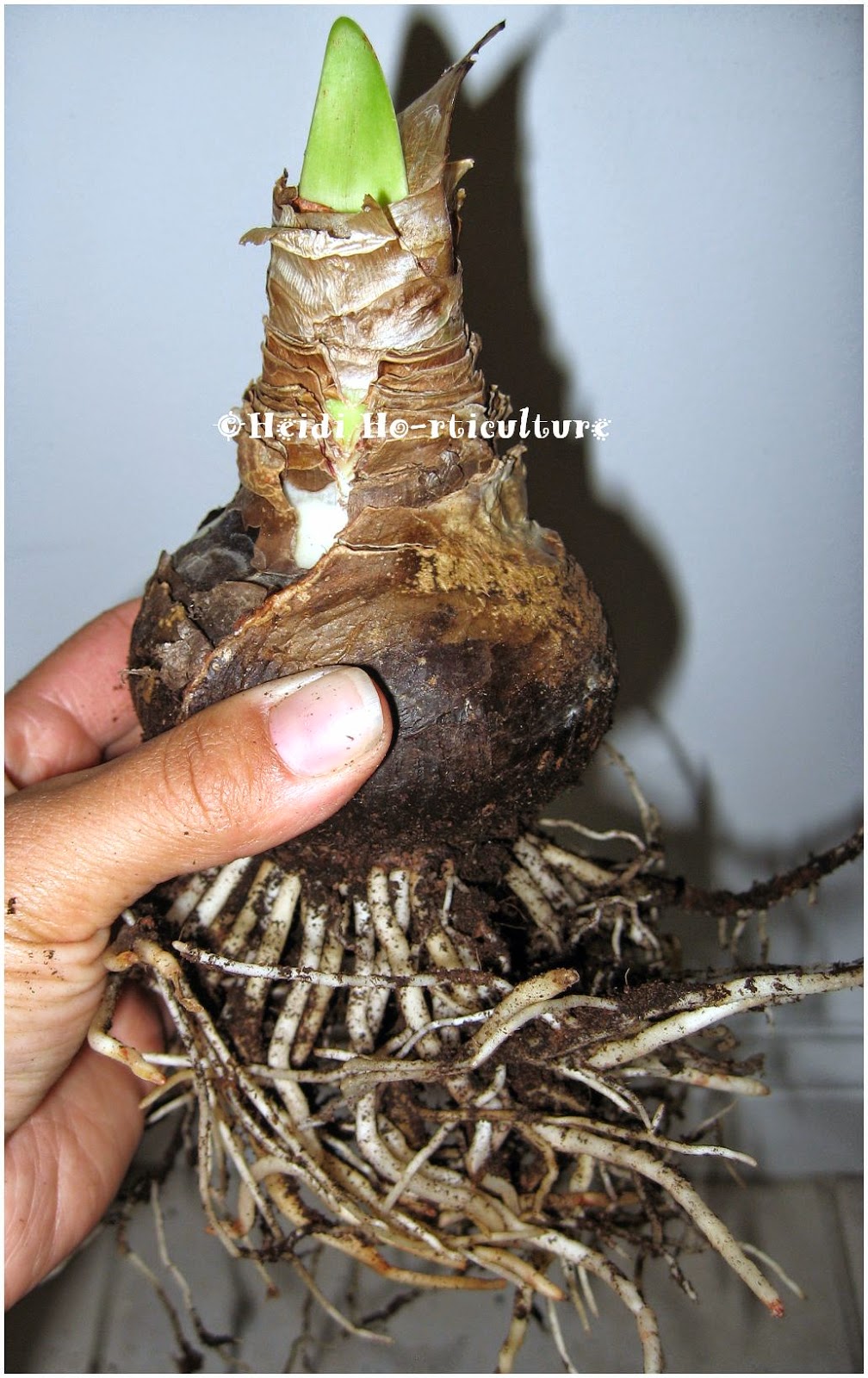 It leafed up, and flowered beautifully right around the Christmas season, but this time I did something different. 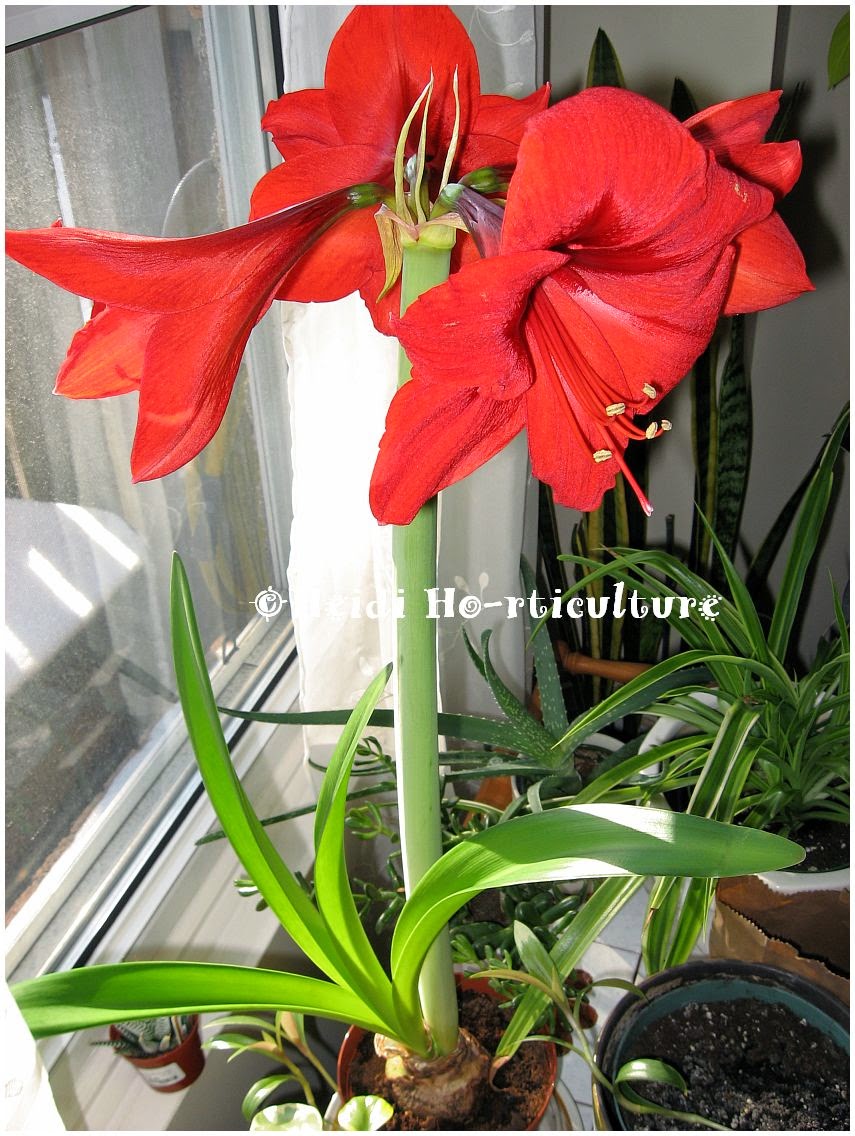 I lost two leaves in January, but two stayed green and grew quite in length without wilting and dying back. I left them, while they weigh heavily down and then propped them up by a window. Each watering, I added water soluble 7 7 7 fertilizer and let it dry between feedings. The bulb grew large, so I kept the leaves to give the bulb energy.

You can see the two longer leaves to the left are the originals from December. Three newer leaves were emerging last week when I had a hunch it was to re-bloom.

The bulb became large. Wanting to up-size the pot a bit, the bulb wouldn't budge without some force, which would either damage the leaves or the roots. So I left it. 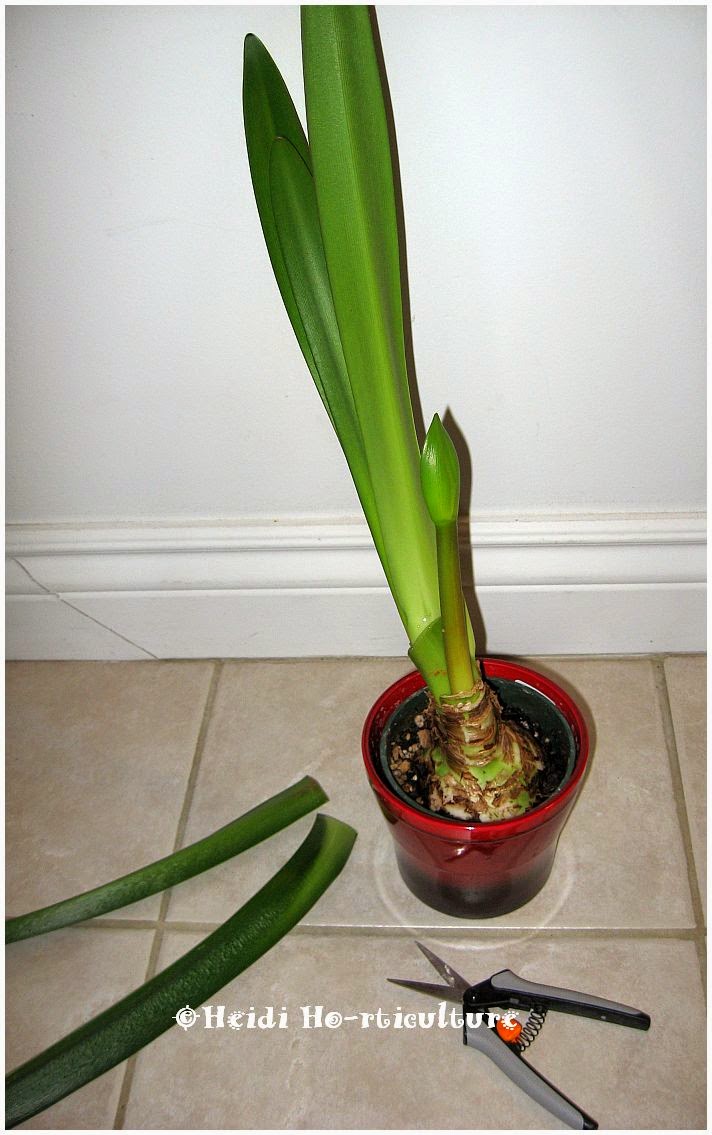 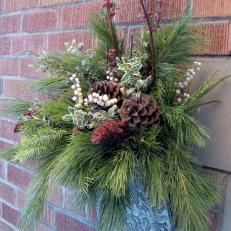 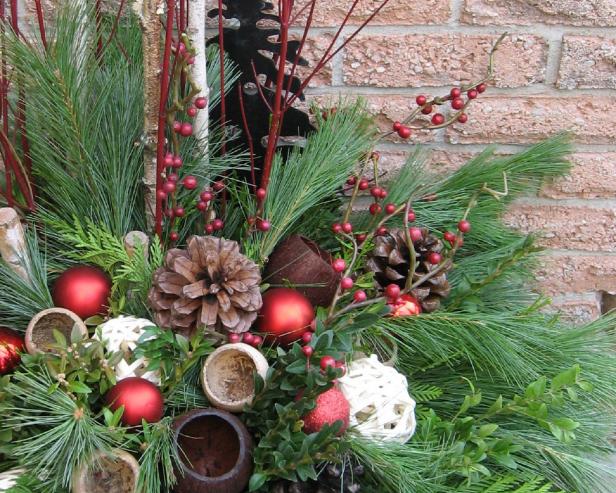